To discuss the future course of action to resolve the problems of poultry farmers under integration, their leaders from different districts of the State met at Kompally and discussed several issues and prepared a charter of demands to to put before the representatives of hatcheries to intervene and resolve the issues which are affecting the poultry farmers of the region for long period. It is said to have been attended by large number of poultry farmers from 15 districts of the State to discuss various issues and get details from the reports of problems the farmers are facing while propagating the poultry.

The farmers also put forth the few demands for the development of families involved in poultry farming. Demands raised during the meeting to include price increase of rearing by Rs 15 per kg, revision of of Feed Consumption Charges , relaxation in using Agriculture bore wells for poultry rearing and free power supply for poultry industry. A delegation of poultry farmers under integration called on the representatives of leading hatcheries. The poultry farmers made a representation to them and urged them to discuss the demands with the higher authorities taking the poultry leaders into consideration.

As per the Representatives of poultry farmers they are planning to raise the issue faced by the poultry farmers with the State government also by calling on Minister K T Rama Rao where we can put forth the demands as well for the overall welfare of the farmers involved in poultry farming. Poultry farm leaders from 15 districts of the State notably Vice President Telangana Integration Poultry Farmers Association Rajeshwar Reddy, General Secretary Sara Srinivas, Pappu Raji Reddy and Ch Srinivas Reddy and other were present in the meeting. 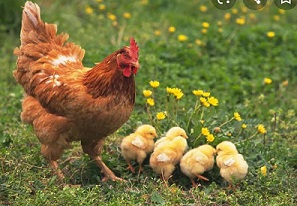