View All News
As per CAGR the probiotic market expected to witness the compound annual growth rate of 7.0% dominated by China, Japan and India.

Increase in world population is eminent, and as current population trends exponentially rise, projections state more than 9 billion people will inhabit the earth by 2050. Today's consumer eats a higher proportion of meat and animal products which has resulted in the overall growth of poultry production and its productivity across the globe.

The increase of productivity in the poultry industry has been accompanied by various impacts, including emergence of a large variety of pathogens and bacterial resistance. These impacts are in part due to the indiscriminate use of chemotherapeutic agents as a result of management practices in rearing cycles.

Probiotics  play a very important role for prevention of bacterial diseases in poultry, as well as its potential role in the growth performance and immune response of poultry, safety and wholesomeness of dressed poultry meat evidencing consumer’s protection. Probiotics are also increasingly supplemented into poultry feed for broilers and chickens. As per CAGR the probiotic market is expected to witness the compound annual growth rate of 7.0%. Attributed to the increasing demand for dietary supplements the future probiotics market of Asia-Pacific is going to be dominated by China, Japan and India.

Effects of dietary supplementation of probiotics on growth performance of poultry animals have also been extensively investigated from time to time and most of the studies indicate that probiotics display great efficacy in promoting animal growth. Dietary inclusion of probiotics also result to increased body weights and to gain better FCR. probiotics supplementation to diet also improve feed intake, feed efficiency, and carcass yield of broilers.

There is no doubt that probiotics supplementation can also improve meat quality of broilers particularly nutrition, tenderness, odor, tastes and flavor characteristics.

In view of this, the concept of probiotics as feed additives has gained much attention and support. Significant work and studies have increasingly demonstrated that probiotics provide means to a balanced gut microbiota in poultry, maintaining health status in broilers, preserving gut condition and improving immune system as well as enhancing nutrient absorption, which are all crucial and needed to promote growth of broilers. 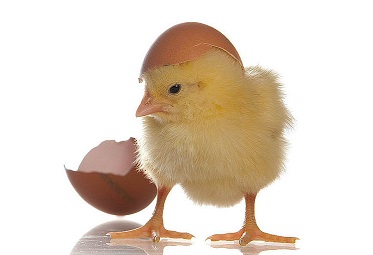